My first visit to Koh Lanta did not leave a good impression on me. That was about four years ago towards the end of ‘high season’. The menagerie of touts bombarding the new arrivals at Saladan Pier was overwhelming to say the least. All eager to gain a few more bucks before the low season arrived. An abrupt ending of a relaxing and picturesque ferry ride from southernmost Koh Lipe. However, my more recent visit, at the end of low season, showed me a more loveable version of Koh Lanta. I also got a better sense of Koh Lanta as a community rather than Koh Lanta as a tourist hot spot. 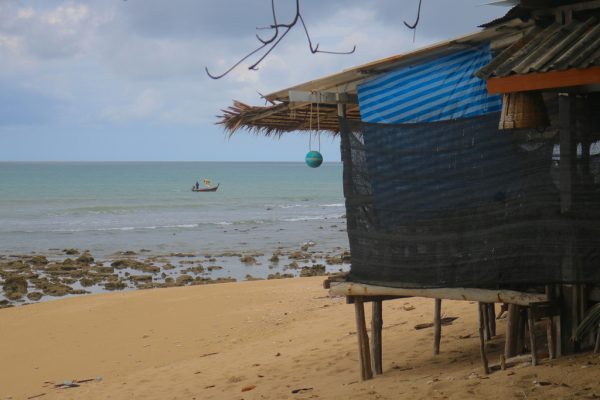 Koh Lanta Yai (or just Koh Lanta) is the name of an archipelago of 52 islands (Similar to the archipelago-style layout of Langkawi, Malaysia). The one main island, Koh Lanta Yai, is surrounded by smaller isles and islets. Some of which are inhabited and many that are not. Koh Lanta, itself, is just 30km long and 6km in width, making it a relatively easy island to explore in a short period of vacation time. Koh Lanta was previously known as Pulau Sa-Tuk which is actually Malay and means ‘island with a long mountain range’. In 1917, the official name of Koh Lanta came from the King of Thailand himself. The meaning could refer to the Javanese word ‘lantas’ (a type of grilled fish) or the more mysterious, ‘Koh lan daa’ (the island of a million eyes).

To read more of this article by: Vanessa Workman please click here Parasailing in Punta Cana and How to Get...

Freediving 60 Feet Under the Ocean

Five things to know before you go to...

Luxury Retreat to Rejuvenate Your Senses

Columbia – Hiking in the clouds